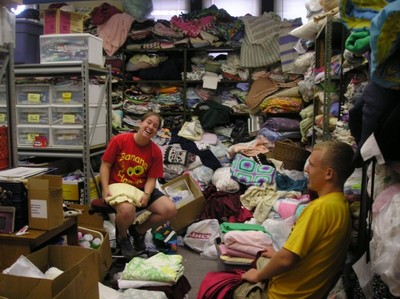 Once upon a time, there was this land called Linenland. The whole land was filled with all types of linens. There were sheets and towels and blankets and random stuff. But the great thing was that there was never a linen the same as another linen, no they were all created uniquely by sizes and colors and purposes. The Creator loved the linens all so much that he wanted them to all know that they were special and loved by Him.  The Creator would hang out with the linens and talk with them, they were in perfect fellowship.  But the linens were very bad you know, they didn’t stay in line with what the Creator asked them to do. All they had to do was stay on the shelf nicely folded.  But one curious towel wanted to now what was beyond the shelves, what the Creator told him not to experience. But just one time, one curious mistake ruined it for all.  Linenland would never be the same, never. In fact, because of this the linens couldn’t talk with their creator and couldn’t know who their Creator. After the fall, the land would forever be messy and have mess. Because of their mess, the linens would have to suffer greatly by spending the eternity as wrinkled linens….(gasp)! There would be volunteers that would come in and try to guide the linens back to their perfect state, but it was just too impossible of a task. Finally, the Creator was so tired of seeing His linens fail, He sent someone special to take care of the mess.  This was the Creators Son, and His son was going to take the blame for the messiness once and for all. The Son did not want the linens to spend eternity wrinkled.  No not at all. So the linens who didn’t understand that the Son was there to save them and keep them from being wrinkled decided they wanted to destroy this guy. And they did. But the Son knew the significance of his life. The Son was perfect and could never be messy so when He was “let go” He took the punishment of eternal wrinkeldness for all linens in Linenland. Now the linens could know their Creator again as long as they received the gift that His perfect Son had given them and believed in His Son. It was such an amazing gift that noone deserved, but the Creator loved the linens so much and showed massive grace. The End.

Hehe, that picture in Linenland! That is where I spent all last week, trying to clean those messy linens up, but there is no hope for them, except the hope of a Savior!